Mandragora autumnalis is a small plant of autumnal flowering belonging to Solanaceae family. It is very rich in atropinic alkaloids like the atropine and the scopolamine that make it very toxic and dangerous. These alkaloids used separately in low doses are well known by the modern medicine, but in the antiquity it was not possible to separate them and their poisonous effects were added, getting to cause the death to that consumed its leaves, fruits or roots. In the days of Pliny the Elder, about 2,000 years ago, in the military campaign of Rome against the Germans, the surgeons gave to chew a piece of mandrake root to the wounded to stun them before operating to them or amputating a member to them, since it has a strong anesthetic effect. In the Middle Age it was one of the more  used plants in witchcraft by its hallucinogenic effects. It was one of the basic components of the ointment with which the sorceresses greased their genitals in aquelarres, securing therefore a strong aphrodisiac and delirious effect, into believing that they flying and copulated with Satan. 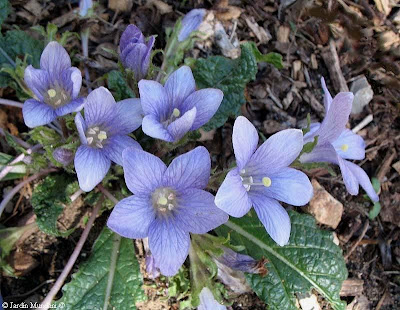 Gorgeous flowers of mandrake at the beginning of autumn. Its alive color blue-violet shines with own light. I recommend to extend the image with a double click to appreciate better the details. 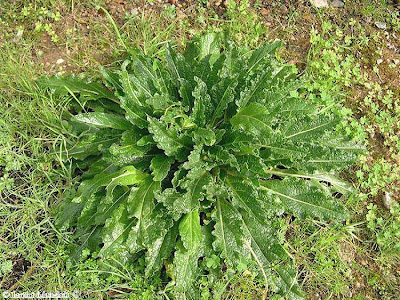 Leaves of Mandragora autumnalis in March. The plant loses the leaves in summer, remaining in aestivation until the first rains of the autumn. Their lanceolate leaves form a basal rosette. They are rough with the edge slightly waved. The stem is short and appears by one long and heavy root that gets to penetrate until a meter in the ground. Indeed the tendency by the root to be divided in two bifurcations in the form of two legs gives to the uprooted plant an anthropomorphic aspect  that in the antiquity increased its magical character. 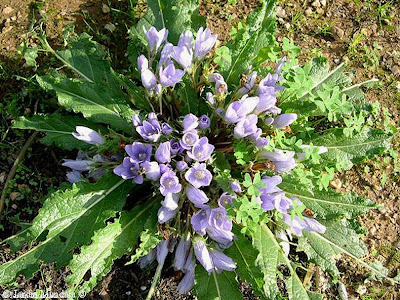 Same previous mandrake in full bloom in October. The flowers are hermaphrodite and its corolla usually is off-white with bluish, pink or violet color more or less intense. 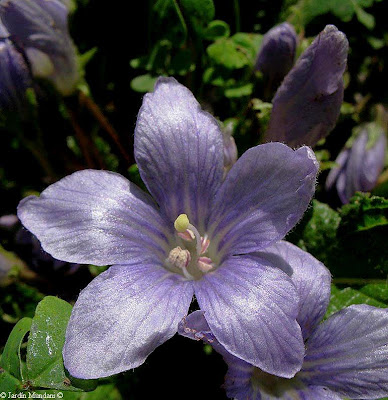 The beauty and the purity of the flowers are extraordinary. Their reproductive organs are formed by five stamens, two of them more lengths than the other three, with anthers of a beautiful pink color and off-white pollen and a length pistile with the ovary in their base and in their end the bilobed or trilobed stigma of a smooth yellowish color. I recommend to extend the image with a double click. 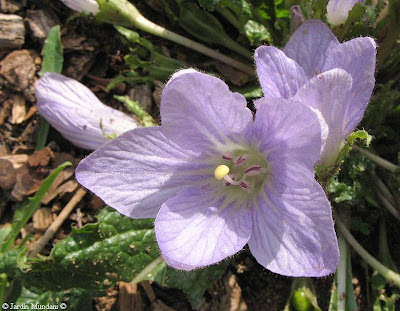 Pink flower of mandrake in the middle of October. The abundant trichomes that cover the underside of petals are seen very well . 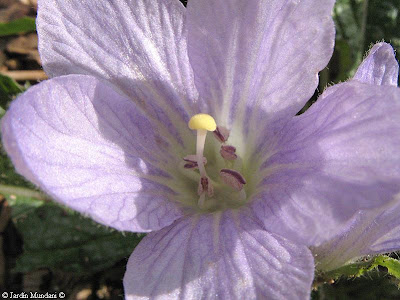 Detail of the five stamens and the pistil of the previous flower. 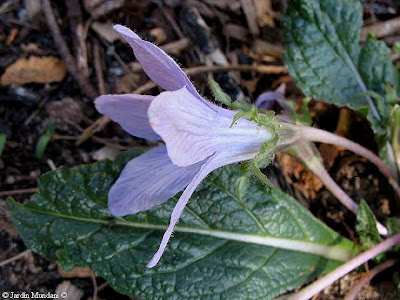 Lateral vision of a flower of Mandragora autumnalis. The chalice is turbinated with five sepals welded in a tube in its basal part and prolonged in five lobes longer than the tube. Corolla is campanulate with five lobes in the form of petals welded in its base. 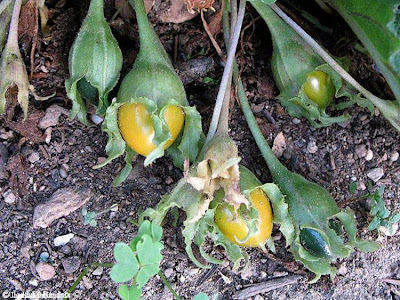 Fruits in different stages of maturation. At the outset they have an intense dark green color and as they are maturing they are acquiring a beautiful orange color. 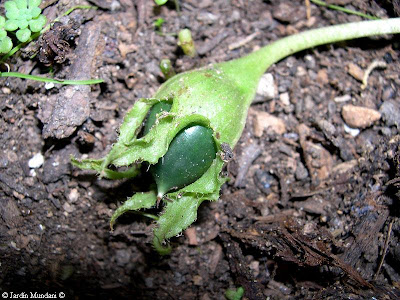 Immature fruit in November. The five lobes of the chalice are bordered by long trichomes. 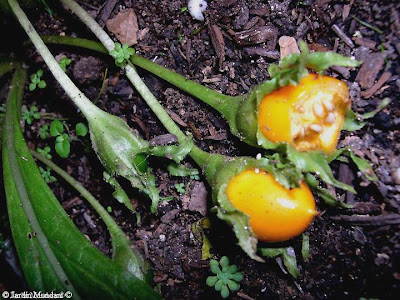 Mature fruits of Mandragora autumnalis in November. One of them is partially eaten by the slimy and snails that are immune to the atropinic alkaloids. 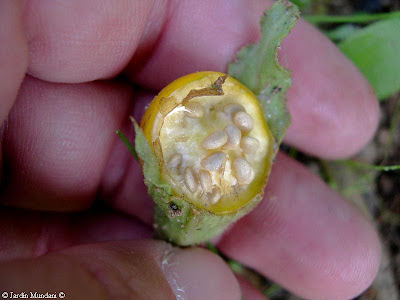 The seeds of mandrake to germinate must surpass two obstacles:

The first obstacle receives the name of external lethargy and is caused by the impermeability of cuticle that covers the seeds that prevent the entrance of the humidity and the hydration of the embryo. It is surpassed with the stratification of seeds in the soil during many months, sometimes up to three years, by the action of the fungi and bacteria of the ground that scarify the cuticle and break their impermeability. Of artificial way the external lethargy of fast form can be surpassed putting under the seeds the action of an acid like the sulfuric or a base like the lye during several minutes. Its corrosive action scarify the cuticle and facilitates the later hydration of the embryo. Of slower and more natural form the same is obtained simply stratifying the seeds in vegetal substrate during several months.

The second obstacle is the internal lethargy of the embryo of the seed that remains "asleep" and it only wakes up after supporting several months of intense cold during the winter. Of artificial way the internal lethargy can be surpassed keeping the seeds in humid vegetal substrate within a container closed inside the refrigerator during several months.

Surpassed both lethargies, as much in the nature as of artificial way, the seeds germinate in the following autumn or in spring, although sometimes they can take up to three years.

Evil does not exist in nature, only in the heart of man.